MassMob is a gadget extension for Google Wave that tries to help in the organization, call and speed-up of events different than just barbecues[1], such as meeting or protest demonstrations. Ok, and also barbecues. 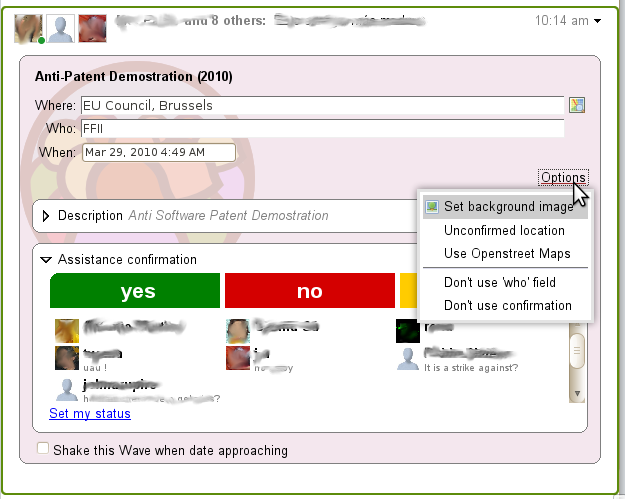 [1] A barbecue is one of the examples of the Google Wave Presentation.